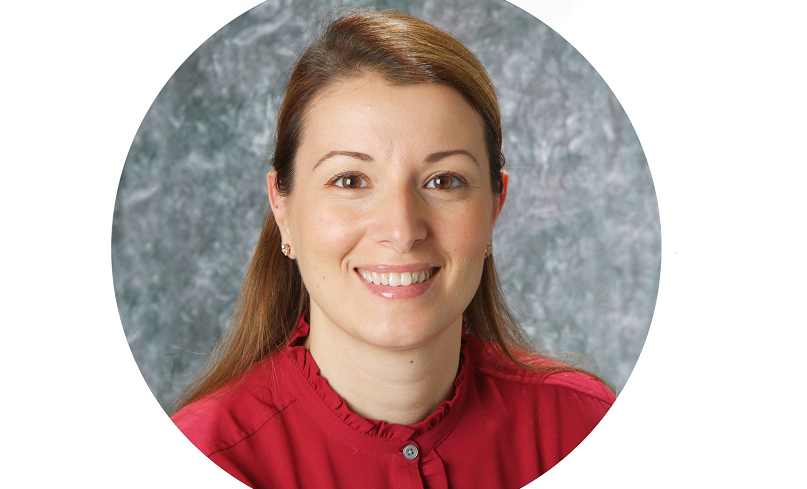 Sandra Gomes remembers the joy a student’s parents had when their son started eating foods other than bacon. It was a big step. The child, who has autism spectrum disorder (ASD), was a learner of Gomes’s at Somerset Hills Learning Institute where she is an assistant director and supervision coordinator.

To help the child, and as a part of her supervision requirement to become a Board Certified Behavior Analyst (BCBA), Gomes worked with her former Caldwell professor Dr. Sharon Reeve.  Gomes had multiple conversations with Reeve, applied interventions and drew on what she had learned in the “Feeding Interventions” course she had taken as a graduate student in the University’s Applied Behavior Analysis (ABA) program. By the time that boy left the school, he had an “extensive repertoire” of new foods, said Gomes. These kinds of successes make her work worthwhile. A long-time employee at the Institute, she worked for several years with the students she affectionately refers to as the “little guys” and with their parents. Now her attention is mostly with the 13- to 15-year-olds, training staff on how to implement strategies and working with teachers, instructional aides and parents.

Gomes got into the field right after college, having earned a bachelor’s degree in psychology from Kean University. She worked for a few years and then enrolled in Caldwell’s master’s program in ABA. Once Caldwell began its doctoral program, Reeve encouraged Gomes to enroll.  She enjoyed the classes but initially the thought of research intimidated her.

Thanks to the encouragement and supervision of Reeve, Gomes developed a love for research and presented at conferences where she and other students had the chance to network with internationally-known professionals. Reeve advised Gomes on her master’s thesis and doctoral dissertation on “joint attending” in which two people share attention to an object or event in the environment and monitor each other’s attention to that object or event.   Reeve also encouraged Gomes to join the New Jersey Association for Behavior Analysis of which she became membership chair and then president for two years.

“Caldwell was the cherry on the top that propelled me forward in my career in an exceptional way,” Gomes said. “Caldwell gave me the formal education that helped me understand the science I was already implementing and made me a much more effective clinician.”

Working with professionals in the autism field, she sees how Caldwell is ahead of other  academic programs. “You can’t compare how Caldwell prepares students to be leaders in ABA,” said Gomes. “It was never just about ensuring that we passed the class or the test. It was so much more than that. It was about applying what we learned to our day-to-day lives and work, forming relationships with colleagues in our field and disseminating what we learned so others can replicate it.”  The experiences, she said, go beyond the classroom and show how invested  Caldwell professors are in their students’ futures.

Gomes has stayed at Somerset Hills Learning Institute for nearly 20 years because she sees the difference the institute is making. “It comes back to helping families be more connected.” When children with ASD can go on a family outing, eat dinner with the family and watch a movie together on the couch, it is transformative, said Gomes. “The change we make for students affects the entire family.”