“The Future of Catholic Universities and the Role of Liberal Arts in Higher Education Today,” panel at Caldwell University, Oct. 21 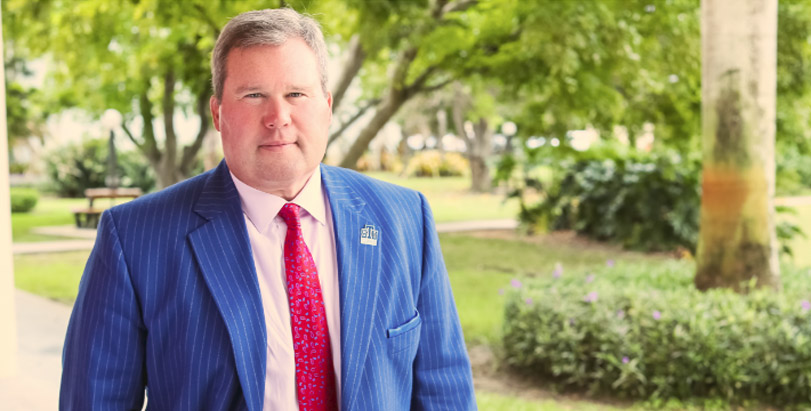 “The Future of Catholic Universities and the Role of Liberal Arts in Higher Education Today,” will be the topic of a panel moderated by James Flynn, Ph.D., Chair of the Caldwell University Theology and Philosophy Department, 3 p.m., Thursday, Oct. 21. Attendees can attend in-person or virtually.

The talk is one of a series of events to celebrate the installation of Matthew Whelan, Ed.D. as Caldwell’s ninth president.

David A. Armstrong is the tenth president of St. Thomas University.  Prior to joining St. Thomas, he was president of Thomas More University, a Catholic liberal arts university in the Diocese of Covington, Kentucky. He holds a Juris Doctor from Cleveland-Marshall College of Law and a Bachelor of Arts degree in Political Science, with a minor in accounting, from Mercyhurst University.  Mr. Armstrong is a nationally recognized speaker on future trends of higher education law and Title IX issues. He  has dedicated his career to making sure small, faith-based colleges and universities not only survive but also thrive in the new landscape of higher education.  He served as vice president and general counsel of Notre Dame College in South Euclid, Ohio and worked in higher education administration at Notre Dame College, Mercyhurst University in Erie, Pennsylvania., and Thiel College in Greenville, Pennsylvania.

Dr. Lauren Pristas has a long association with  Caldwell University as Professor of Theology. She served with distinction for many years as the chair of the Theology/Philosophy Department, and she served on many committees within the University. During her time in the department, she was a very well respected teacher who taught almost every course in the department’s catalog and touched the lives of many students.  She was known in the department for her keen logical intellect, attention to detail and dedication to mission.  Dr. Pristas is the author of “The Collects of the Roman Missal” and numerous scholarly articles on liturgical subjects.   She is a member of the Academy of Catholic Theology,  a past member of the Board of Directors of the Society for Catholic Liturgy and  has served on the editorial boards of “Antiphon: a Journal for Liturgical Renewal,” and “Usus Antiquior.”  In 2003, she held the Pope John Paul II Chair for the Study of Person and Community at the Pope John Paul II Cultural Center in Washington, DC, and in 2005 received a St. Catherine of Siena Society Research Fellowship in Liturgical Theology.  Dr. Pristas is an alumna of Caldwell College.

Msgr. Richard Liddy is Professor Emeritus of the Department of Religion, Seton Hall University.  He was ordained to the Catholic priesthood in Rome in 1963, where he studied under Bernard Lonergan, S.J. He obtained his doctorate in philosophy from the Gregorian University in Rome writing on the philosophy of art of Susanne K Langer. He taught at Immaculate Conception Seminary, was a faculty member of the North American College in Rome and rector of the Immaculate Conception Seminary, Seton Hall University. From 1990 to 2020 he was a member of the Department of Religion at Seton Hall and founded the Center for Catholic Studies in 1997. He is the author of “Transforming Light: Intellectual Conversion in the Early Lonergan” and “Startling Strangeness: Reading Lonergan’s Insight.” He is presently working on a book on John Henry Cardinal Newman.

The presentation is open to the public.  For those attending in person, it will be held in the Alumni Theatre on campus. For those who would like join on-line, please contact Jill Sheldon at  jsheldon@caldwell.edu or 973.618.3242.

Masks are required indoors on campus. Find out more about Inauguration activities.