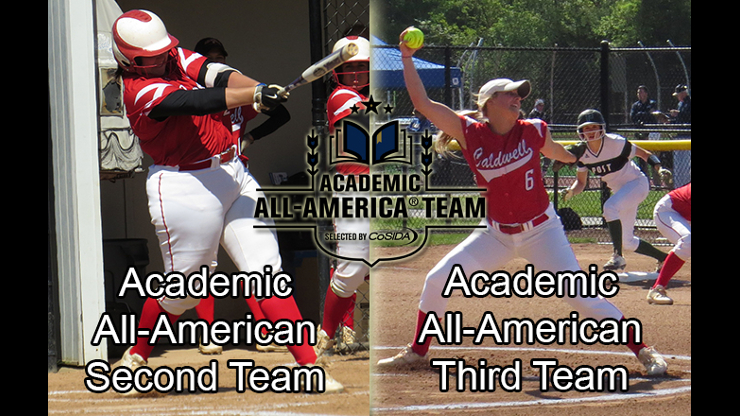 Monasseri has a 3.49 GPA as a business administration major and earns her first CoSIDA Academic All-American honor. She completed another outstanding season for the Cougars as she was named the Central Atlantic Collegiate Conference Player of the Year and was a First Team All-Conference selection for the second straight season. Monasseri was a D2 Conference Commissioner’s Association and National Fastpitch Coaches Association All-Region First Team selection at catcher. She was also named as an Eastern College Athletic Conference First Team All-Star. Monasseri was also named as a NFCA Division II Player of the Year Top-10 Finalist. She finished the season with a .503 this season with 11 homeruns, 11 doubles, 78 hits, with an on base percentage of .624. Monasseri posted a .787 slugging percentage and led the team with 67 RBI. She led the CACC in on base percentage, slugging, average, homeruns, RBI and walks. Monasseri was tied for second in the conference in hits, fifth in runs scored and tied for 11th in doubles. In the nation, she led Division II in walks and was ranked third in average, sixth in RBI, 20th in slugging and sixth in walks.

Ponto posted a 3.73 GPA as a Spanish/Education major and this is her first CoSIDA Academic All-American selection. She completed a historic season for the Cougars as she was named the CACC Pitcher of the Year and was a CACC First Team All-Conference selection. Ponto also earned D2CCA East Region Pitcher of the Year as well as ECAC D2 Pitcher of the Year honors. She also selected to the D2CCA and NFCA East Region First Team and was a ECAC First Team All-Star. Ponto set the program single season record with 30 wins in the circle this season. She led the conference in wins, strikeouts (269), complete games (23) and innings pitched (226.0). Ponto went 4-0 in the CACC Championship Tournament, earning Tournament MVP honors. She ended her career second all-time in school history with 75 wins.

The Cougars finished their season with a 45-15 mark, tying the single season program record for wins (2004, 2013, 2014). Caldwell won the CACC regular season title with a 25-1 mark and went 4-0 in the CACC Tournament for their seventh conference championship. The Cougars were selected as the #3 seed in the NCAA Division II Championship, earning a postseason bid for the tenth consecutive season.