Gregore Maceno: When You Have Good Friends They Won’t Let You GIve Up 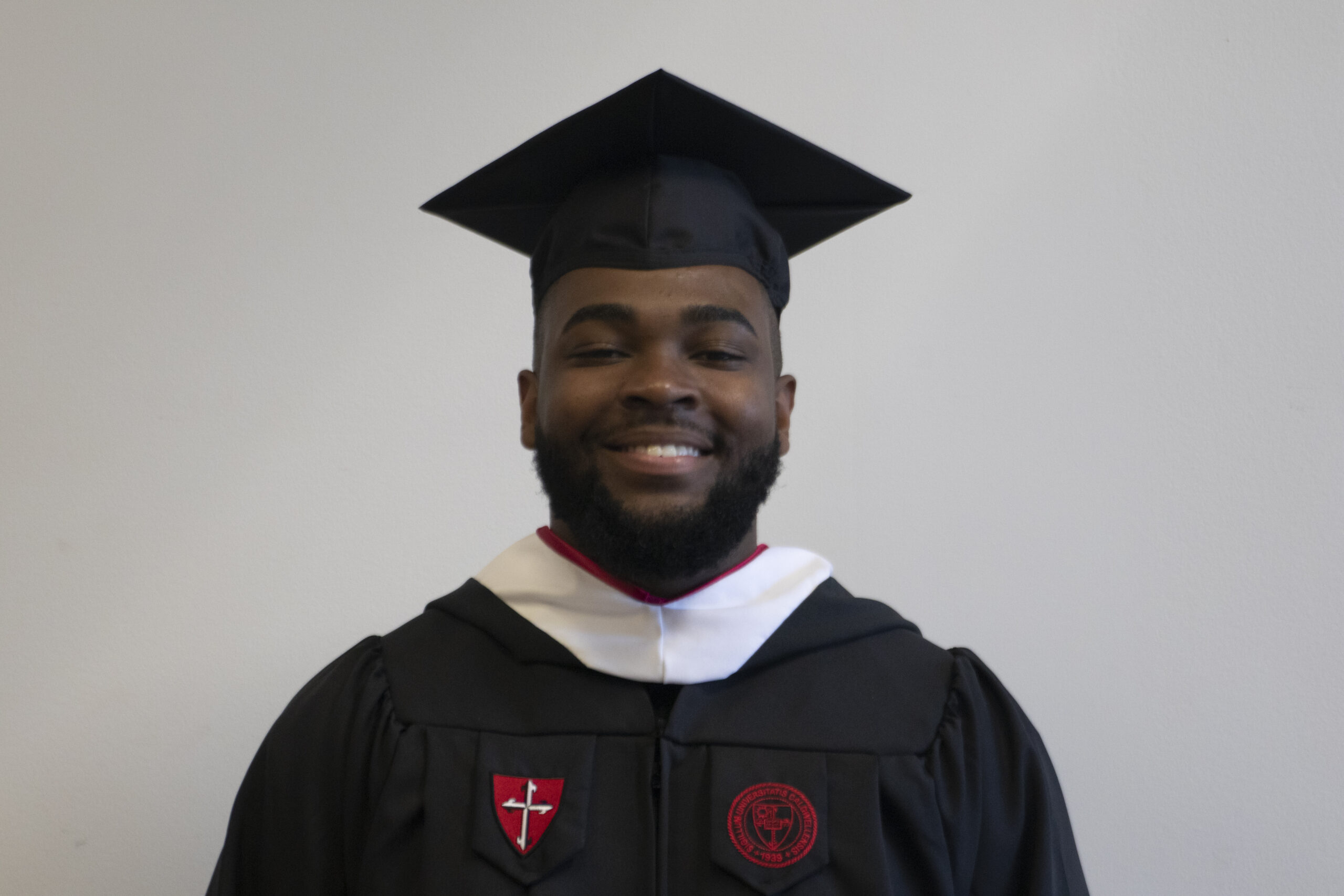 If you walked past the lounge in Aquinas Hall this past academic year, chances are between his classes you would find Gregore Maceno and his friends, fellow science majors, studying or enjoying each other’s company. “Good friends who can help you along the way” are a treasure of his time as a student at Caldwell University.

“You have to be careful about who you call a friend,” but when you have good ones “they won’t let you give up,” said Maceno, who received his Bachelor of Arts degree in biology with a minor in chemistry on May 15. “It is pretty easy to make friends at Caldwell,” said Maceno, who plans to take a gap year to work and to study for the MCAT exam so he can attend medical school and become a medical examiner and help solve crimes in the cities. “It will be my way of giving back to the community,” said Maceno who grew up in Newark.  He would also like to start a nonprofit organization that provides medical care in third world countries for families that cannot afford treatment.  “Countries such as Haiti do not have enough resources to get proper treatment,” said Maceno, a Haitian-American.

Besides Aquinas Hall, the cafeteria was his favorite spot senior year because “I could socialize with friends.” He has other fond memories—like the two photos of him on advertising pamphlets for Caldwell and the time he was “super stressed about his upcoming philosophy midterm” and went to work out at the gym and “deadlifted 606 pounds.” The accomplishment proved helpful. “I liked the score I got on the test.”

Maceno is grateful to his parents, fellow Caldwell science graduates and all his friends who helped him “in some way or fashion in school and in getting my mind off school. There were times I wanted to give up and my friends motivated me.” And he reciprocated the friendship, so much so that others noticed and he received the “Honorary EOF Award,” awarded to students who are not in the Educational Opportunity Fund (EOF) program but have generously given their consistent engagement and motivational support to students in EOF.  As he leaves Caldwell, he has valuable advice for students starting out on their college careers and for life in general,  “Do not compare yourself to others.”