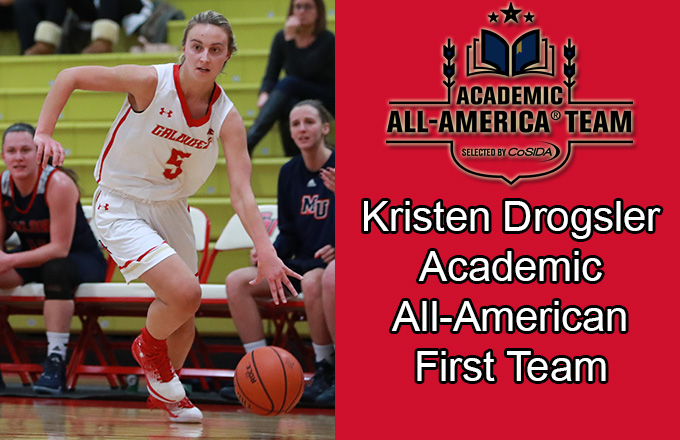 Drogsler has excelled in the classroom in her three years at Caldwell. She has posted a 3.90 GPA as a Health Science major and is a two-time CoSIDA Academic All-District selection and a CACC All-Academic Team honoree last season. Drogsler is the second women’s basketball player to receive CoSIDA Academic All-American honors since Caldwell went Division II in 2002-03 (Emily Caswell, Third Team, 2014-15).

The Cougars are having a record-setting season and rank among the best teams in the East Region. Caldwell set the program season victory record (previously 21) and enter this weekend’s CACC Championship Semifinal contest with a 24-4 record. The Cougars won the CACC North Division for the third time since 2002-03 with an 18-1 record and currently rank #4 in the East Region. The Cougars’ three in-region losses this season are to teams that are currently ranked in the DII East Region Poll (Queens College, Molloy College, and Bloomfield College).

The North Division Champs host North #3 Dominican College in the CACC Championship Semifinals on Saturday, March 4 at 5 pm at the Newman Center. Caldwell University will serve as the host site for this weekend’s CACC men’s and women’s basketball Final Four on Saturday and Sunday.